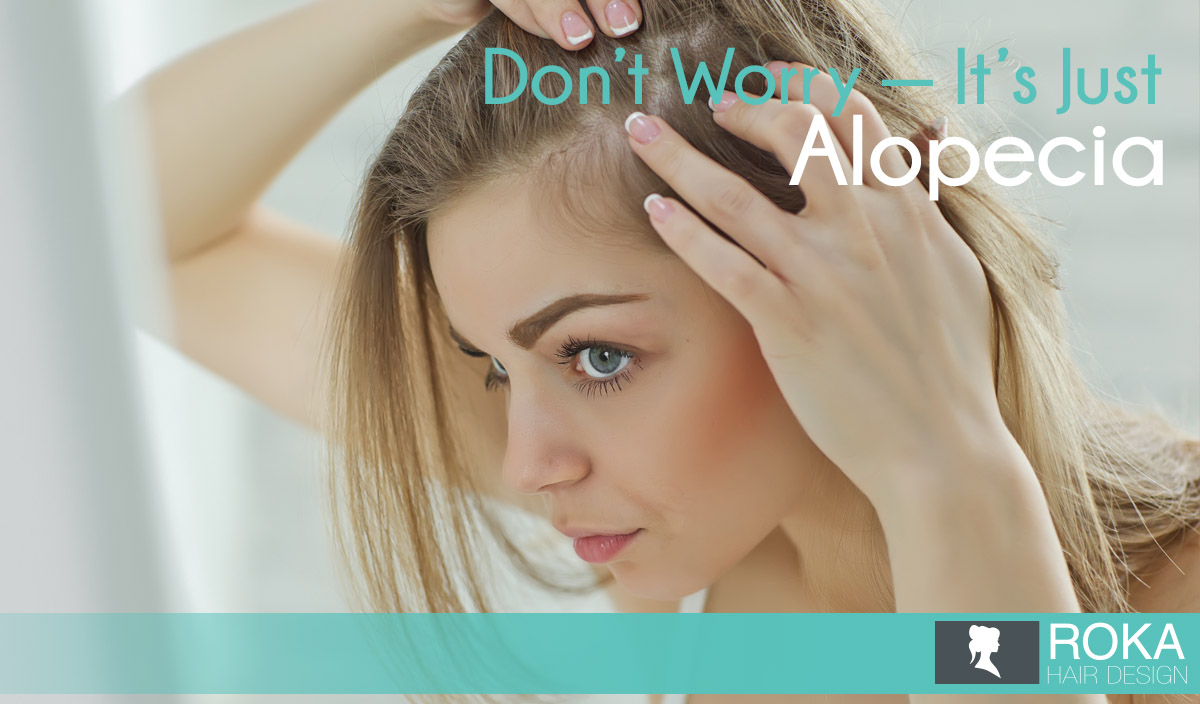 You slowly begin to wake up in the morning — stretching lazily, trying to prepare yourself for another day at the rat races. Maybe… just ONE more second in bed. You sit up and move to fluff your pillow noticing what looks to be a handful of your hair strewn haphazardly across it. Your hands immediately go to your head, feeling compulsively for any issues. Then it happens. You find a few dime to loonie sized bald spots. Your mind begins to race — is it cancer? Am I dying? What’s wrong with me?!? OK — breathe! Chances are, you’re not dying, and don’t have cancer. More than likely you’ve just discovered the joys of Alopecia (a condition which can also occur progressively over time, as well as all at once). Thankfully, although it can be extremely upsetting and embarrassing, it’s rarely a sign of a serious condition. And yes, the majority of the time your hair WILL grow back.

Jason Statham, Patrick Stewart, Mark Strong: Bald and sexy MEN. But what about women? It’s commonly more accepted — and expected — that men lose their hair. But when women begin to lose theirs, the psychological damage can be just as devastating as any serious disease, taking an emotional toll that can directly affect physical health. In fact. studies have shown that females who experience hair loss suffer from self-esteem and body image issues, impacting their social life and feelings of attractiveness.

The most common cause of progressive hair loss in women is FPHL (Androgenetic Alopecia), and it affects about 30 million American women. FPHL has a distinct appearance. Hair thins mainly on the top and crown of the scalp, usually beginning with a widening through the center hair part. Unlike men, women tend to keep their hairline, except for normal recession (which happens to all of us as time passes). The good news is that the hair loss in women will rarely result in total baldness, as it can in men.

This is where you lose circular patches of hair. It affects about one in 300 women over a lifetime, and can run in families or be linked to thyroid conditions, diabetes or stress. It starts most commonly between the ages of 15 and 30. Fortunately, more than 9 out of 10 sufferers only have one or two patches. What’s more, the problem usually settles on its own within a few months. If you have more widespread patches, talk to your family doctor about referral to a dermatologist.

When fashion and obsession cause hair loss

Rarely (and usually in children or adolescents) hair loss can be due to compulsive pulling out of hair. It may be subconscious — your child may wrap a finger round their hair and tug when they are concentrating. This condition is called trichotillomania and can affect eyebrows and eyelashes as well as hair. It’s often linked to obsessive-compulsive disorder (OCD) (people with OCD may need to wash, clean or check locks obsessively, even though they know it isn’t logical). It’s treated in the same way as OCD, with a kind of talking therapy called behaviour modification therapy. Girls and women who wear their hair pulled up tightly, such as in braids, can also suffer from hair loss called Traction Alopecia, which usually affects the hair above the forehead. It’s important to stop wearing these styles before the hair follicles are damaged.

Although all the reasons for female pattern hair loss aren’t fully understood, its thought to be related to a family history of male or female baldness, changes in the levels of male hormones (androgens) and aging. Five possible causes for Alopecia include:

The Canadian Dermatology Association says that once your dermatologist has determined the cause of your hair loss, he or she can tell you what to expect. Sometimes, the hair will begin to re-grow on its own. Other times, you may need prescription medications, further dermatological treatments or to change what you are doing to allow the hair to start re-growing. The key is to detect the signs of Alopecia early — start an effective hair care system designed for thinning hair and minimize its effects — BEFORE we wake up to a puddle of hair.

The Importance of Booking an Appointment
March 29, 2017